Fall Festival as we know it today started as a year-long penny collection to raise money for a new gym before being dubbed the Penny Party in 1953.

In 1955, the students launched The Million Penny Drive in hopes of saving Notre Dame High School.

The School Sisters of Notre Dame were expanding Notre Dame College and needed the space (the now motherhouse) being used to teach the high school classes. The pennies collected in the drive would help Notre Dame High School build a BRAND NEW BUILDING and thus keep the school open.

The drive was described as an unusual burst of teen sincerity by local publications. The students started a friendly competition. The freshmen and seniors took on the sophomores and juniors, doing anything to collect pennies — babysitting, breaking piggy banks and hosting bake sales at Sears. Students put on variety shows with admission fees, asked for pennies outside local businesses and even organized a parade for publicity.

A newspaper in San Antonio, Texas covered the spirited fundraiser — ND Girls were so passionate about preserving their school, they could be heard hundreds of miles away!

The local response was overwhelming. At Notre Dame, ingenuity reigned, and the penny pile kept growing. After three months, their drive was complete.

Students held a final assembly to celebrate reaching their goal and crowned Mary Therese Holzen '57, who had collected $208 worth of pennies, Queen of The Penny Pile.

These young women proved that they were, without a doubt, faithful and true hearted. Because of their pure dedication and determination, the new Notre Dame High School dream would become a reality.

For over 65 years, Fall Festival has captured the unique spirit of an institution we hold ever loyal in our hearts. 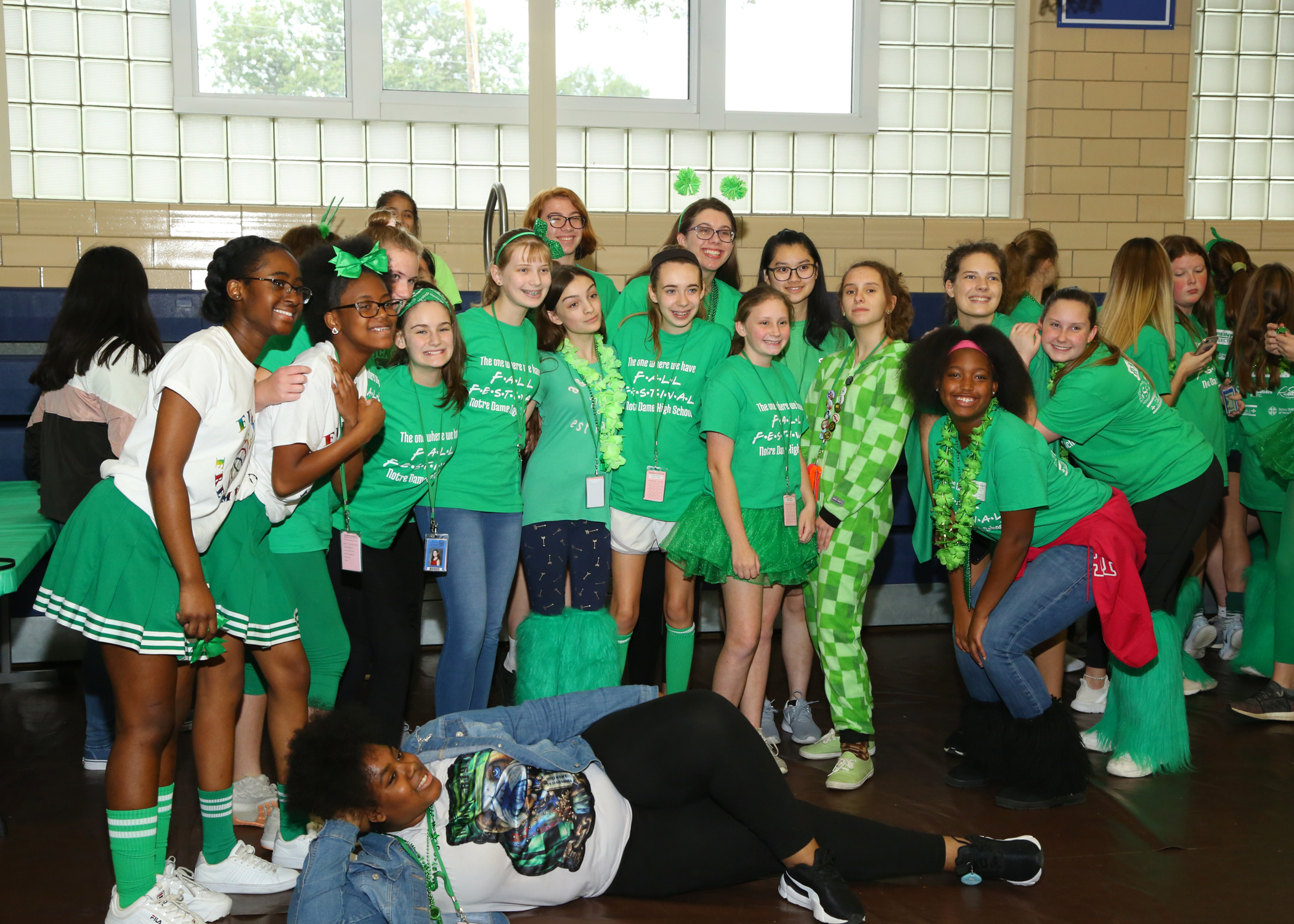